Why Is Sodium Bad for You and How Much Is Needed? 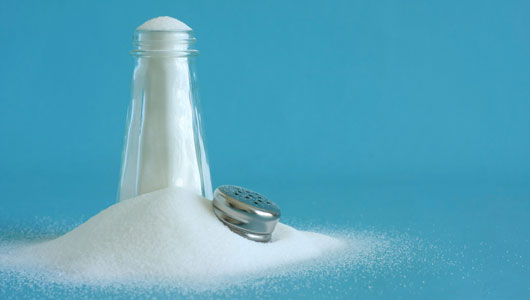 A mineral which makes up around 40% of regular table salt or sodium chloride is called sodium. Plus, a lot of common foods are regular sources of dietary sodium. Since sodium attracts water, your body needs it to keep the right balance of the fluid. When water is scarce, for example, sodium helps to keep water in your tissues, which prevents dehydration. So why is sodium bad for you? The answer is easily to figure out. If you eat too much sodium, it can upset the balance of fluids in your body and then potentially lead to some health problems. The bad news, unfortunately, is that a majority of Americans eat more sodium than the healthy amount, according to the Centers for Disease Control and Prevention.

Why Is Sodium Bad for You?

Why is sodium bad for your health? The amount of sodium in your body is regulated by the kidneys. If you consume more sodium than you actually need, your kidneys will be stressed and might not be able to get rid of the extra sodium. Additional problems will come along with this as following.

If you have too much sodium in your body, your kidneys might not be able to get rid of the excess. Because of this, the additional sodium can make the volume of your blood increase, raising the pressure on your blood vessel walls and making your blood pressure high. This can damage your vessel walls over time, making them less elastic, raising your risk of atherosclerosis, or making your arteries harden.

If the concentration of sodium in the body is higher than that your kidneys can excrete and process, it could lead to sodium toxic, increasing the risk of kidney disease and causing the kidneys to fail. Toxicity from eating too much salt can also cause diarrhea, abdominal cramps, nausea and vomiting. Hypernatremia or abnormally high levels of sodium in the blood is usually a result of not enough water and rarely too much sodium in the diet. Mild hypernatremia symptoms include fainting, low blood pressure, reduced urine production and dizziness.

The load that your heart bears can be increased due to high blood pressure, making it work much harder and making your risk of stroke and heart attack higher. Research findings have also suggested that salt in excess contributed to 2.3 million deaths that were heart-related across the world in 2010. 42% of these were from coronary heart disease and 41% were from stroke.

Calcium excretion through the urine is also promoted by sodium, which has been known to increase the risk of kidney stones. It may also raise the risk of osteoporosis. Many studies link diets that are high in salt with more incidents of stomach or gastric cancer.

How Much Sodium Do You Need?

A majority of people consume too much sodium, usually without even knowing it or realizing the sodium is bad for you. Just one teaspoon of salt holds about 2,300 mg of sodium, which is equal to the amount that the Food and Nutrition Board has set as the tolerable upper intake level of sodium for adolescents and adults every day. Other major health organizations all recommend that people lessen their sodium intake.

Remember that these limits are the top end of the sodium amount, and generally less is better, especially if you are sensitive to the effects of sodium. If you are not positive how much sodium you should have in your diet, speak to your dietician or doctor.

How Can You Cut Back on Sodium?

A typical American consumes around 3,000 to 3,600 mg of sodium each day, and sodium can be found easily in a typical diet. Prepared and processed foods, dairy products, vegetables, meat and the most commonly used table salt all have sodium in them. So how can you cut back on your intake of sodium? Try the tips below:

Avoiding processed, prepackaged and fast foods is the best way to lower sodium, as these foods tend to be high in sodium. Below are a few suggestions on what foods to limit.

A majority of fresh vegetables and fruits are low in sodium naturally. Besides, fresh meat is lower in sodium than the processed meats such as bacon and hot dogs. Purchase frozen or fresh poultry or meat which hasn’t been injected with a solution that contains sodium. Read the label or ask the butcher for that.

If you must buy foods which are processed, look for those that are labeled low sodium. Even better, purchase plan, whole-grain pasta and rice rather than the ones that have seasonings added.

With many recipes, you can leave salt out altogether, including soups, casseroles, stews or other main dishes which you cook by yourself. Find cookbooks which focus on lowering risks of heart disease and high blood pressure.

5. Limit Use of Sodium-Laden Condiments

Things like salad dressings, soy sauce, dips, sauces, relish, ketchup and mustard all have sodium in them, so limit your use of these items.

6. Try Other Flavorings to Season Foods When Needed

Use dried or fresh spices, herbs, zest from citrus fruit and fruit juices to flavor your meals. Remember, however, that sea salt is not a good substitute, since it has around the same amount of sodium as table salt.

Light salts or salt substitutes are a mixture of table salt plus other compounds. To get the salty taste you recognize, you might use too much of the substitute, and therefore, get too much sodium. Many salt substitutes also have potassium chloride. Even though potassium can lower some problems caused from too much sodium, excess potassium can be harmful, especially if you have problems with your kidneys or you are taking medications for high blood pressure or congestive heart failure, since these conditions can cause potassium retain.