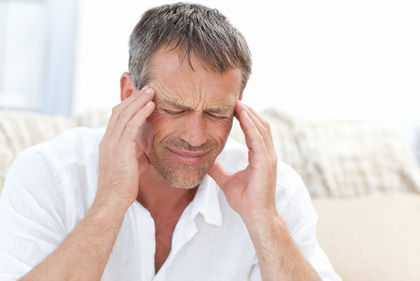 Somatoform disorder describes a group of conditions where one’s physical symptoms are closely related to some psychological factors. The symptoms cannot be explained by specific physical causes, and medical tests reveal normal results or are not able to explain one’s symptoms. People who have somatoform disorder usually undergo repeated medical evaluations to make sure they do not have any illness. They are often worried about their health since they do not know what is causing their physical problems. Symptoms are often long-lasting and are similar to those of other disorders or diseases. However, they are not faking their symptoms, as others might think.

People with somatoform disorder experience various physical symptoms involving different parts of the body such as:

Symptoms vary at different times and may significantly affect their daily life. Affected individuals tend to be emotional and may describe their symptoms as "unbearable" or "terrible". Symptoms vary in severity but they generally persist for long periods.

People can have a somatoform disorder at any age. It is difficult to determine how many people are affected by the condition since many probably remain undiagnosed. Somatization disorder is not very common (1 in 1,000 people) and body dysmorphic disorder and hypochondriasis are more common.

The cause of somatoform disorders is not clear, but genetic and environmental factors probably play a role. Genetic factors inherited from parents control various aspects of health, and when combined with other factors such as child-rearing, peer influences and other environmental stimuli, these may contribute to the development of the disorder.

Alcohol and drug abuse are also known to play a significant role in causing somatoform disorders. However, it is also possible that some people may use alcohol or drugs to ease their symptoms. To others, excess alcohol intake or drug abuse may make their symptoms worse.

It is hard to treat patients of somatoform disorders because affected individuals usually do not accept that their symptoms are related to psychological factors. They may react with anger when their doctors cannot find a physical cause for their symptoms. Furthermore, people with somatization disorder may later develop physical disorders with new symptoms, which can present another challenge for their doctor to investigate.

Many people who have a somatoform disorder may also have mental health issues such as substance abuse, anxiety or depression. Treatment of these problems may improve their symptoms.

Patients who accept that their physical symptoms may be linked to mental factors are more likely to receive talking treatments such as cognitive behavioral therapy. This may help them understand what causes the problem. This type of treatment aims to change false beliefs and help them deal with emotional problems.

Medications do not help much except if the somatoform disorder is accompanied by anxiety or depression. Selective serotonin reuptake inhibitors (SSRIs) are drugs that have been used for people with pain disorder and body dysmorphic syndrome.