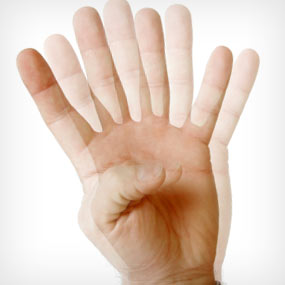 MS or multiple sclerosis is a disease where your immune system will attack the protective sheath or myelin which covers your nerves. Damage to myelin disrupts communication between your brain and other parts of your body. The nerves themselves can ultimately deteriorate, which is a process that is irreversible at the moment. It is still unknown what causes MS, and there is also no cure. There are, however, some treatments which can help make recovery from attacking faster, manage symptoms and change the course of the disease. Even though everyone’s experience with the disease is different, there are some effects of MS that commonly happen throughout the body for many people.

What Does MS Do to the Body?

Many times, people have wondered what MS does to the body exactly. There are a number of things that can happen with this disease, so it is important to understand the symptoms and health problems that it can cause.

Most often, the first sign that something amiss for people with MS is vision problems. Blurriness, double vision, pain and problems with seeing contrast can start suddenly and affect either both or one eye. In a lot of instances, these vision problems are temporary or self-limiting, and will result from inflammation of nerves or fatigue of the eye muscles.

Even though some patients with MS experience visions problems that are permanent, a majority of cases are mild and can be treated effectively with steroids and other treatments that are short-term.

It is also possible, although rare, for MS to cause deafness or hearing loss. These kinds of hearing problems generally resolve themselves, but they can in some cases be permanent. A majority of hearing problems are from damage to the brainstem. These conditions are very rarely caused by MS, so if they occur, patients need to be evaluated for other unrelated causes.

Speech problems like poor articulation, slurring and issues with volume control happen in up to four out of ten people with MS. Often, they happen in times of relapse. Additional speech problems can change voice quality or pitch, nasality, breathiness or hoarseness.

Speech problems can occur from difficulties with breathing that are caused by damaged or weak nerves which control muscles in your chest. Difficulty controlling muscles that are involved in breathing can start early in the disease and get worse as MS progresses. It is a rare yet dangerous complication f MS which many times can be improved by working with a respiratory therapist.

Less common are swallowing problems, which can be much more serious. They could happen when nerve damage weakens the muscles and hinders the ability of the body to control muscles used in swallowing. When swallowing is interrupted, drinks or food that inhaled into the lungs can result in infections like aspiration pneumonia. Chocking and coughing when drinking and eating could be signs of problems with swallowing and should be checked out right away. Language or speech therapists can help a lot with problems swallowing or speaking.

A lot of people go through a large variety of symptoms that affect their limbs because of the effects of MS. Tingling, pain and numbness in the arms and legs can be caused by damage to the myelin sheath. Problems with muscle weakness, hand-eye coordination, gait and balance could happen if the brain has trouble in sending signals to the muscles and nerves.

These problems could start off slow and get worse with the progression of nerve damage. A lot of people with MS experience a pins and needles feeling and have trouble with fine motor skills or coordination. As MS gets worse, the control of limbs and ease of walking cold be disrupted. In these kinds of instances, wheelchairs, canes and other assisted technologies can help in the control of muscle and strength.

Patients with MS have a bigger risk of developing osteoporosis because of inactivity and common MS treatments. Bones which are weakened may make people with MS susceptible to breaks and fractures. Even though conditions such as osteoporosis can be slowed or prevented with physical activity, supplementation and diet, weakened bones can make MS coordination and balance problems more serious.

There is mounting evidence which suggests that deficiencies in vitamin D could play a big role in the development of MS. Even though the exact impact on people with MS isn’t yet understood completely, vitamin D is essential to skeletal and immune system health.

Effects of MS also show on bowel and bladder function, which is very frequent. Eight to ten people with MS experience dysfunction of the bladder. Physical therapy, diet or self-care strategies in some cases can lower the impact of the problems on daily life. Medications or additional intense intervention can be needed.

A catheter might be necessary sometimes since the nerve damage affects the amount of urine that can be held comfortably in the bladder. This can cause a spastic bladder or infections in the bladder, urinary tract or kidney. These kinds of problems cause painful and frequent urination, even having to go toilet at night when there is not much urine in the bladder.

A majority of people can manage bladder and bowel problems successfully and avoid any complications. Serious infections or hygiene problems, however, can occur if the problems are not managed or treated. Talk about any bladder or bowel problems and the options for treatment with your doctor.

The immune system attacks its own myelin sheath slowly when MS is present. It is made up of cells which surround and protect the nervous system which includes the brain and spinal cord. The nerves are exposed when these cells are damaged, and the brain has problems sending signals to other areas of the body.

A lot of the classic effects of MS are caused by the disconnection between the brain and the tissues, organs, muscles and cells. These include symptoms like vertigo, dizziness, memory problems, confusion and personality or emotional changes. Depression or other changes in the brain can be a result of MS or even an indirect result from no knowing how to cope with the disease.

Nerve damage in advanced or rare cases can cause seizures, tremors and cognitive problems that look a lot like other neurodegenerative conditions like dementia.

A majority of medical professionals and researches think that MS is an immune-mediated disease, meaning that the immune system of the body attacks healthy nerve tissue, resulting in nerve damage and affecting the entire body. Activity in the immune system typically results in the inflammation that is responsible for a lot of MS symptoms. Some of these could flare up in the event of an episode of immune system activity and resolves after the episode is over.

Nutrient deficiencies can sometimes affect immune health and make symptoms of MS worse. Most MS physicians, however, only recommend special diets when a particular deficiency is found.

The effects of MS don’t directly show on fertility or the reproductive system. A lot of women actually find that pregnancy gives a reprieve from the symptoms of MS. It has been reported that two to four in ten women experience a relapse in the postpartum period.

Dysfunction in sexual performance, such as trouble orgasming or arousal, is a common situation for people with MS. It can be because of the nerve damage or emotional problems like low self-esteem or depression. Pain, fatigue and other symptoms can make intimacy in the bedroom unappealing or awkward. In many cases, however, sexual problems can be solved with medication, some advanced planning or over-the-counter aids successfully.

Problems with the circulatory system are caused rarely by MS, but weak chest muscles can lead to a low oxygen supply and shallow breathing. However, lack of activity because of depression, difficulty in using muscles and a preoccupation with treating other problems could reduce MS patients' cardiovascular disease risks.

Usually, women with MS could have a slightly higher risk of cardiovascular problems like stroke, heart attack and heart failure. Physical therapy and regular exercise could help relieve effects of MS and lower cardiovascular risk.